A stylish black glass display on the control panel and a remote-control functionality used via a mobile application make for a winning combination.

Using the mobile phone application, you can switch the sauna heater on remotely, for example after a long day at work, at the end of a workout or even while jogging. It only takes a few clicks to get your sauna warming up and ready for bathing once you get home. Use the mobile app to set desired the temperature and the heating start and end times. You can even view a curve of the sauna room temperature rising in real time. 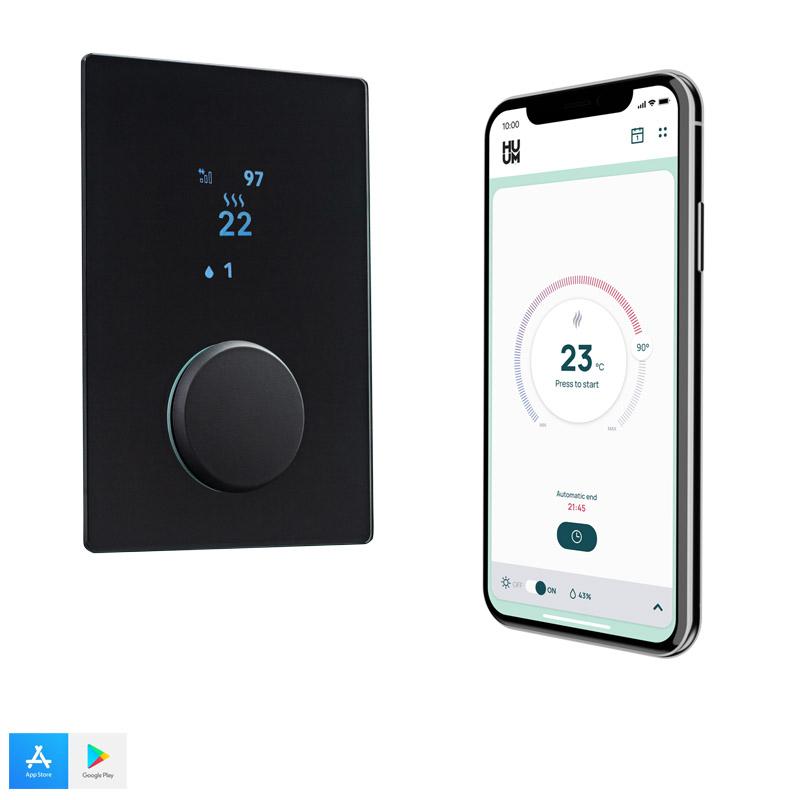 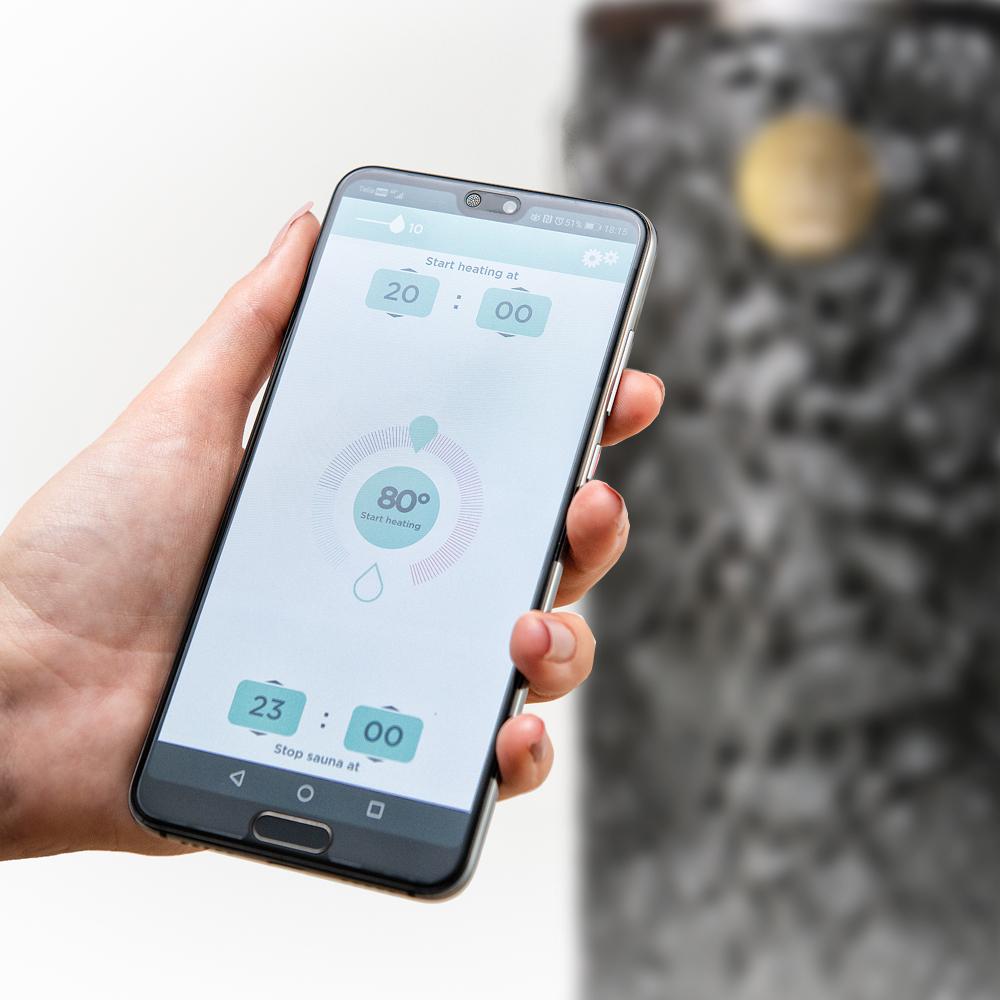 Heating a sauna with the UKU Glass Black Wi-Fi sauna control unit is easy and convenient. It is possible to switch the heater on traditionally from the control panel or remotely via the mobile app. The heater’s control panel needs to be connected to a Wi-Fi network in order for the mobile app to be used.

The health benefits related to sauna bathing have been a topic of many research studies. Sauna bathing has been shown to reduce the risk of coronary heart disease and sudden cardiac death, for example. Sauna bathing has a similar effect on the bloodstream as mildly strenuous exercise. The body temperature rises, blood flows to the surface of the skin and sweating increases.

According to research, sauna bathing is beneficial to the heart, lungs and the brain. It alleviates stress, lowers blood pressure, relieves pain, relaxes muscles and increases mental well-being.

Here´s five reasons why sauna is good for your health:

The Finnish sauna has been considered a cure or part of the treatment for many different diseases throughout history. An old Finnish saying goes: “if sauna, tar and booze do not help, the disease is deadly”.

The cleanest combustion sauna stoves on the market

There’s been plenty of discussion in the media about emissions related to wood burning, particularly their effect on the climate and health. The amount of Carbonmonoxide emissions varies greatly when different stoves are concerned, and it is likely there will be stricter controls put into place during the next couple of years.

All IKI Kiuas wood-burning stoves have been tested at the Kymenlaakso University of Applied Sciences (KYAMK) in Kouvola to ensure they are in accordance with the EU directive EN 15821:2010. One of the tests relates to CO emissions, which indicates cleanness of combustion. The results for the most popular model in the IKI Kiuas range, the Original IKI, are 0.10%, which is 9 times less than the 1%-limit set for sauna stoves.

Listed in the chart below are the CO emissions by different stove manufacturers. It shows how the Original IKI compares to other open frame sauna stoves of similar size. The results are provided by independent, standardized and approved test facilities. The stove manufacturers are obliged to show these figures in product signs and stove installation instructions.

In 2011, IKI Kiuas had its wood-burning stoves tested by a German test facility, TÜV in Munich. Germany has set much more strict emission controls for wood-burning stoves than EU’s general standards. The tests measuring fine particle emissions showed IKI stoves emitting 0.020 grams/m3, when the limit is 0.075 grams per cubic meter. The TÜV tests also showed that the efficiency ratio for IKI wood-burning stoves was above 74%, well over the required 50% limit.

The Float electric sauna heater, designed by Eero Aarnio and manufactured by IKI Kiuas, in co-operation with Ilkka Harju and Cariitti Oy, has just been launched to the market. The stylish, futuristic shape of the heater is illuminated to create the effect that it is airborne.
– Eero Aarnio designed his first sauna heater back in the 1960s, so in a way the circle has been completed in this jubilee year, says Samuli Kerrman, CEO of IKI Kiuas.

The distinct appearance and mighty power make the Float heater well suited for classy public saunas and for large private saunas. The novel shape reflects the communal aspect of sauna bathing as it is reminiscent of the circle of people around a camp fire. The 160kg of stones that go into the heater and the 13.8kW output deliver smooth and plentiful warmth for the bathers.